MUSIC LIVE CONCERTS FROM ANYWHERE IN ANY KINDS

Halsey dropped her third full-length album Manic at the beginning of the year and now it’s become the first record of 2020 receiving platinum certification.

According to the Recording Industry Association of America (RIAA), the album is the first earning the status in 2020 as of today (February 26).

Manic arrived on January 17 debuting at the number 2 spot on the Billboard 200.

Just a few days after releasing the album, she also offered fans a special version of it to purchase. She ended up releasing the record with its alternate album art and will be signed by Halsey but under her birth name Ashley.

The record has been very well-received by fans and prior to the album’s release saw her drop “Finally // beautiful stranger,” “Clementine,” “Graveyard,” “Without Me,” “SUGA’s Interlude,” and “You Should Be Sad.”

Halsey was also seen working with Bring Me The Horizon, who recently released a collaboration with her on their Music To Listen To EP. They also released “Experiment On Me” together for the Birds Of Prey soundtrack.

The musician also announced a North American tour for the summer along with  CHVRCHES, Omar Apollo, blackbear and PVRIS. This comes after she had previously announced the non-American dates for her tour.

Now, she’s reaping the rewards of her hard work on the album and getting the first platinum certification of the new decade.

You can see those posts from Halsey and the RIAA below.

to @Halsey! #Manic is the first album release of 2020 to be certified Platinum

What do you think of Halsey getting the first platinum certification of 2020? Let us know your thoughts in the comments below.

YOUR BEST MUSIC ! The One Direction star has reportedly called time on his romance with 19-year-old Maya, whom he had been dating since 2019, after the

Korn guitarist Brian “Head” Welch is committing to starting recovery suites for touring musicians inspired by the constant fatigue they experience on the road.

The guitarist is opening locations in Bakersfield, California and Nashville, Tennessee focusing on physical, mental, and emotional well-being.

“In 2005, I found healing after years of struggling with addiction, depression, and suicidal ideation.  I consider myself extremely blessed to have been made whole – body, mind and spirit – and I’ve devoted my life to help others find the healing they deserve.  The most exciting thing for me about ZIVEL is that our services can help revitalize every part of a person’s life – body, mind and spirit – which again, is what I feel is my life’s purpose,” Welch says in a statement.

In 2018, Welch partnered with Dr. Matt O’Neill to form the new facilities after touring with Korn in 2017 as the band’s physical therapist.

O’Neill experienced the effects of touring first hand at that point. He went through constant noise, restless nights on a tour bus, isolation from friends and family and more. To help himself from these issues, he ended up trying salt water floating, finding he was a lot better emotionally and sharing this info with Welch.

On top of the two locations, they plan to continue expanding in 2020 with more locations. They’re hoping to open facilities in Melbourne, Florida, Macon, Georgia, Houston, Texas, Kearney, Nebraska, and Arizona.

“Our goal is to open locations in every state, and eventually around the world to help people young and old.  Because ZIVEL is more than just another spa offering, it is a way of life, where we truly believe that everyone should be treated and feel like a rockstar,” Welch and Dr. O’Neill say in a joint statement.

What do you think of the Korn guitarist’s new spots for touring musicians to recoupe? Let us know your thoughts in the comments below. 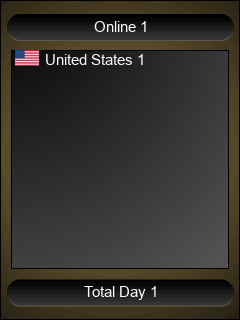